Speaking at the event, Ash Denham commended the collaboration and celebrated the achievements of the partnership, which was first announced at Glasgow 2014 Commonwealth Games with the ambition to Put Children First.

In its four years, the partnership has raised £6.5 million, funding programmes in all 52 Commonwealth countries, and has reached 11.7 million children, including 540,000 in Scotland.

Awards were also presented to the winners of the Launchpad schools competition by Maree Todd, Minister for Childcare and Early Years.

“I was delighted to sponsor this event tonight to celebrate the incredible partnership between Unicef and Glasgow 2014 Commonwealth Games- a collaboration that has done fantastic work reaching 11.7 million children.

“The amazing amount of money raised has enabled them to take some vital programmes to some of the most vulnerable children in the Commonwealth- teaching them crucial skills, promoting gender equality and empowering children to fulfil their potential.

“The impact of the programmes really speaks to the power of co-operation and partnership, showing us just what is possible when we come together with great ambitions.” 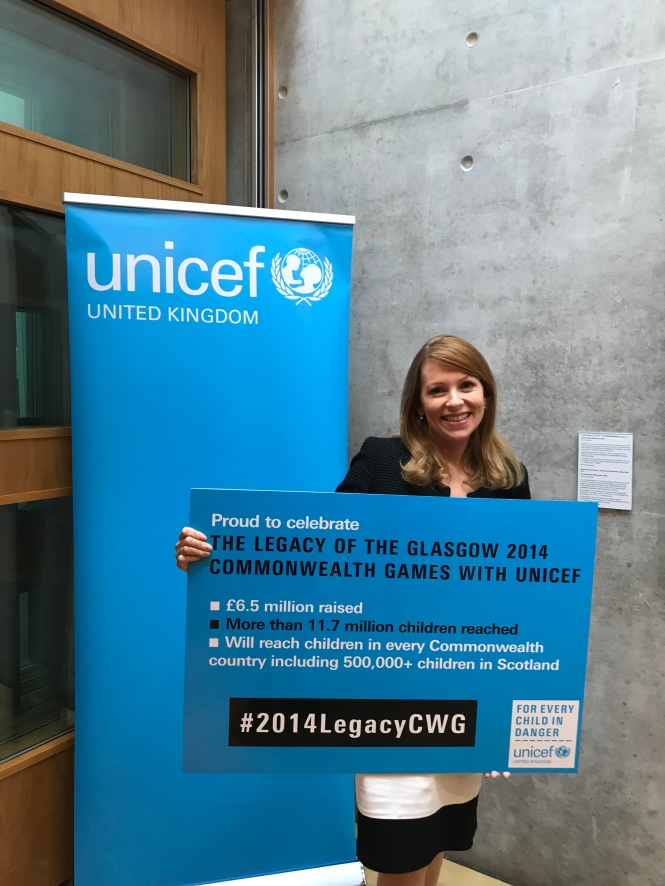